The search for clean fuel continues as the world moves towards dried oil wells. Since most of our equipment and machines run on fuel, we need to find an infinite source that can cater to our requirements. Hydrogen is one such source that has the potential to provide us with an endless supply of clean fuel. It has no waste product other than water and is found in abundance. However, it needs electricity if it is to be turned into fuel and this is usually generated by burning fossil fuels. A 3D-branched nanowire array could be the answer if researchers at UCSD are to be believed. They claim that their invention will effectively deliver hydrogen fuel cheaply and cleanly on a mass scale using solar energy. 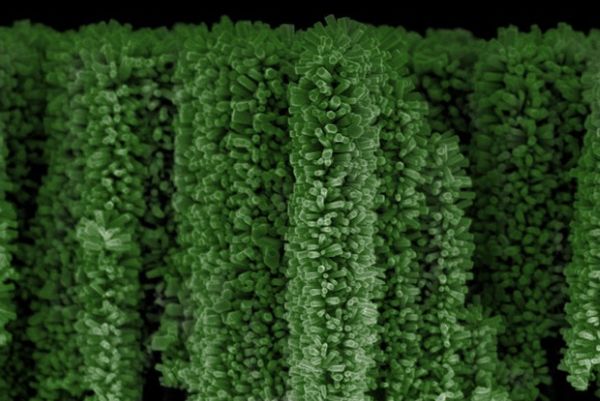 The nanowires are made from natural materials like zinc oxide and silicon and are designed to imitate trees with many branches. A mini forest of sorts, the nanowires harvest solar energy and the flat surfaces reflect light. The nanotree structure has enabled the researchers to maximize how much energy is absorbed for the production of hydrogen through a procedure called photoelectrochemical water-splitting. While the process generally uses planar solar cells for producing hydrogen, the nanotree structure does so more effectively, according to the researchers.

Small hydrogen gas bubbles can also be extracted faster, maximizing output, they claim. The researchers don’t plan to stop here, however; they intend to use their invention to imitate the process of photosynthesis so that the device used not only traps solar energy and produces hydrogen fuel, but also absorbs carbon dioxide from the air. In essence, they hope to mimic the function of plants as much as possible.

For now, they’re tweaking their invention like searching for alternatives to replace zinc oxide which isn’t too stable and can adversely affect the nanotree structure with time.