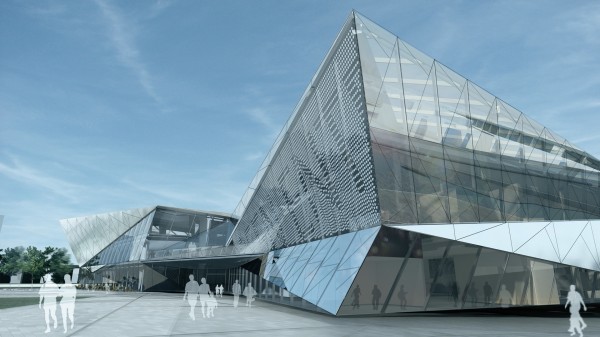 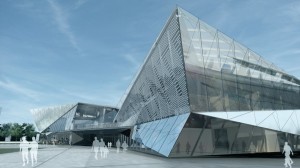 As the world is going forward towards adopting the measures of being green, London is also not lagging behind. Finally, it has succeeded in developing the concept on which it has been working since the last few years. With the initiative from Siemens, the largest eco friendly building has been developed that would help in finding the ways and measures for sustaining energy. Named as the Crystal, it has been built near the London Olympic park. With the creation of crystal, it has been taken as one of the most environment friendly buildings that will help in finding solutions to problems related to the environment along with various other aspects.

The CEO of Siemens has stated that, the concept of crystal is to use the unused energy sources into producing 65 percent of energy, which is being used in London. Along with this, the CEO also stated that, the emissions, which will be there, would not harm the environment in any manner. The technicians who were involved in building this landmark has take use of solar panels so that energy can be taken from the natural sources. This way, crystal would be able to generate their own energy system that would give sufficient power to work and function in the best possible manner. Use of solar energy would result in no usage or burning of fossil fuels, which are harmful for the environment. On the day of opening, Siemens is planning to bring in the greatest source of knowledge at one place so that they are able to discuss upon the growing and improvement sectors in London and across the world with use of green and eco friendly technology. The discussions would be on improving the urban sustainability.

On seeing this wonderful building, natives of London are mesmerized. Talking to some of the locals in London, they stated that, crystal is something that would be beneficial for the people of London as they would be able to save on the energy in best possible manner. They also stated that, the problems, which are being faced in the society, would also come down when crystal would be set into for work. As crystal is to be opened in the last week of September, exhibition and conference are also lined up so that the problems are discussed in the best possible manner. The experts from the technical field are stating that, during the exhibition and conference, ideas and thoughts would be discussed so that new discoveries can be made for the betterment of society. The experts from the real estate industry are stating that, crystal is a new concept in the market, which would touch new heights and bring in the change that would be beneficial for the society in the best possible manner. 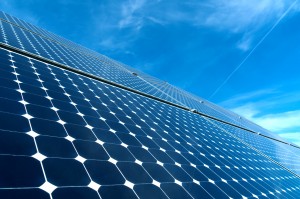 Design and style of Crystal

The Crystal is a milestone structure from electronics source of power, Siemens and supply as their flagship core devoted to metropolitan durability. The design of crystal has been inspired from crystal palace of London. The center of crystal is located next to river Thames and Airline tram of Emirates. It also exhibits space for public exhibitions, which are most likely to start from 29 September.

Along with this, space has been provided for hosting conferences and meetings. In addition, crystal holds a restaurant and café, which can be taken into use by people who would be coming to see the wonderful design and concept of crystal.

When you would look into crystal, you will find that it is tilted in its appearance along with which it would seem that it is floating over a plaza. Proper and accurate calculations were done by the designers and architects so that they can give something wonderful. Crystal has been designed as a think tank, which would look into the power and environment problems in the urban area. The design has been kept simple and aristocratic so that it matches the other skyscrapers in the area. The shape of crystal has been kept in Z so that there is more space for modification and expansion in the near future. Along with this, the Z shape of crystal ensures that proper lighting is available at every part of the think tank.

For a person who is looking into crystal might think that the building is transparent, but in actuality, special films are taken into use for covering the glasses that sustains the energy sources. The central operating system of crystal controls the functions of windows in crystal.

Siemens have dedicated a special web portal that is directed towards providing information related to crystal. People who are searching for information about this wonderful sculpture can look into the website for detailed information. Along with this, several other web portals are also designed for providing crystal related information in a hassle free manner.