Geneva International Airport can lay claim to being one of the few to use solar energy. CERN has provided the airport with an array of solar panels that will make it one of the biggest solar power systems in Switzerland. But these aren’t just any ordinary PVs. They’re derived from CERN’s vacuum technology which is used for particle accelerators. The 300 panels will cover about 1,200 meters of the building’s main terminal. 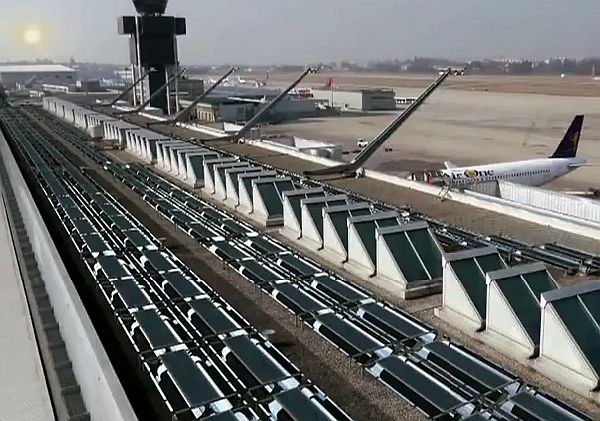 So what makes these PVs better than those normally used? They provide the PVs’ heat chambers with higher insulation ensuring a considerable reduction in heat loss. This strengthens the efficiency of the system. In fact, when the panels were enveloped in snow, the chambers managed to retain temperatures of 80 degrees Celsius. This means that regions that experience cold and relatively inhospitable weather conditions for standard solar panels will be able to harness and retain solar energy more effectively.

According to Enrico Chesta, one of CERN’s Knowledge Transfer Group’s head, the new panels are the product of the research institute’s relationship with the renewable energy industry. He believes that accelerator and detection technology will soon find applications in energy with successful results.

With the new solar panels, Geneva International Airport will be well prepared for the cold winter months and warm summer climes. Considering airports heavily depend on power to function, the PVs will greatly offset the burden of purchasing fossil-fuel-based energy whose price is increasing by the day. It is hoped that CERN will be able to provide other existing airports with the same help it has extended to Geneva International Airport.