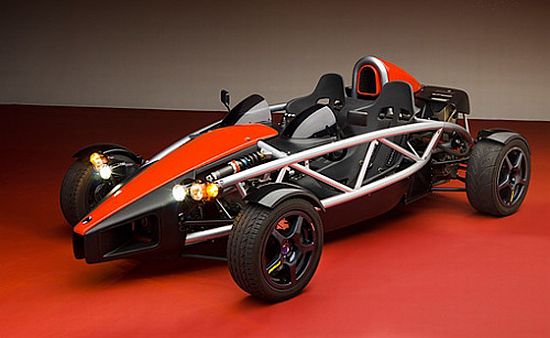 Generally electric vehicles are not exactly known for blazing the race tracks. But that theory is all set to change. X1 prototype, an open canopy vehicle created by Wrightspeed Inc. has just returned triumphant from a series of Mythbusters’ tests where it beat a Ferrari and a Porsche in a quarter-mile show of strength. With a 3-phase AC induction motor and AC Propulsion inverter catapulting the car from 0-60 in just 3.07 seconds, the X1 can notch up a stunning 112mph top speed with a 100 mile range on a full charge which of course is the green equivalent of 175mpg. Powered by lithium polymer batteries, the concept vehicle does away with the clutch and races away in the first gear. Getting one of these now will run you a bill of $200,000, but the company expects that figure to come down radically as and when the X1 hits production. Watch the X1 beat the living daylights out of the Ferrari after the jump.