Understanding our past is a very significant as it can also give us a fair projection of the future. This is especially true in case of the cyclic global weather patterns and the temperature changes that the planet has seen over several millions of years. There is no debating the part that the planet does go through warm and cold periods and the temperature variations are indeed predominantly a natural process. But the big question that has the scientific community divided is how much of human meddling has caused a change in weather patterns globally. More importantly, people want to know to what extent they are responsible for rise in temperatures worldwide. 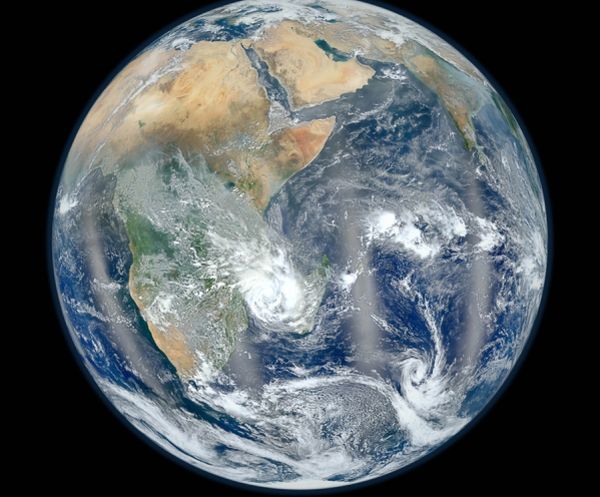 Scientists at USGS are busy reconstructing one such era from the earth’s past, which they believe is the closest to the current climate conditions. The Pliocene Epoch was a warm and wet period between 3.15 million and 2.85 million years in which the temperatures, climate patterns and global sea levels were similar to the ones that we have today. It was one of those warmer eras in the earth’s cyclic temperature variations and by understanding the Pliocene period, scientists believe that they can project future temperature patterns and sea levels.

The Pliocene era was when the dinosaurs were no more, the grasslands and wetlands of the world were more akin to the ones today and the first human might have just started roaming the planet. Samples collected from sea beds that date back to this time and their subsequent isotope analysis has provided paleoclimatologists with enough information to map the climate of the planet in that era. The data shows that at mid Pliocene Epoch the temperatures were around 2 degrees Centigrade higher than they are today and sea levels were about 70 feet higher as well.

This probably once again questions all our theories about human impact on climate change and global warming. But scientists at USGS are quick to point out that this by no way conclusively proves that we are not causing any harm to the planet with carbon emissions and that atmospheric carbon will take a bit of time before it shows full warming effects.