The Arctic region, which is delicate and swiftly changing, houses large reservoirs of methane which is a potent greenhouse gas. As our planet becomes warmer, methane which is frozen in the marine sediments and the Arctic tundra soils, is susceptible to being released into the atmosphere which will add to the ever worrisome problem of global warming. A multi-institutional study headed by Eric Kort of NASA’s Jet Propulsion Laboratory, California, has now discovered a potentially significant new source of Arctic methane – the ocean. 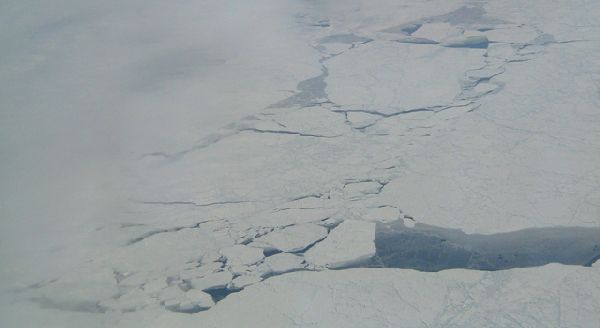 Eric Kort is a JPL postdoctoral scholar with the Keck Institute of Space studies. He began the analysis while he was still a student at Harvard University. The study was performed as part of the HIAPER Pole to Pole airborne campaign, where an aircraft flew and collected atmospheric measurements from the earth’s surface. The campaign was designed to develop an understanding of where greenhouse gases were originating from and where they were stored in the earth’s system.

While undergoing five low-flying HIPPO flights in 2009-2010 over the Arctic, the team observed an increase in methane levels, approximately one half percent higher than usual background levels though they did not detect any carbon monoxide in the air which would have pointed to contributions from human activities or geologic reservoirs.

The team finally identified the source by comparing locations of enhanced methane levels with measurements of water vapor, ozone and carbon monoxide, and cracks in the Arctic sea ice. These cracks expose the open seawater which allows the ocean to mix with the air and methane in the water and escape into the air.

The question now is, what’s producing the methane? The scientists can’t confirm but Kort has implied that biological production from living organisms in the Arctic waters may be the culprit. He added that more studies will have to be conducted to arrive at a definite conclusion.