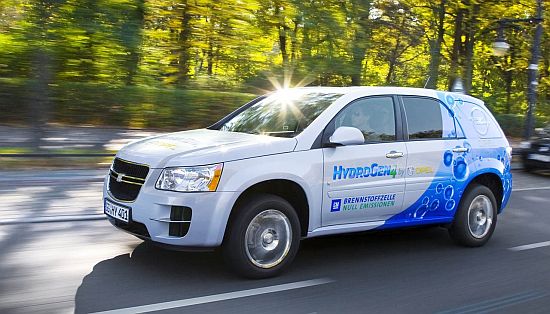 General Motors has announced that the company’s hydrogen fuel-cell powered car – HydroGen4 — is ready for open road testing. The company will be accompanied by nine others in its zero-emission test program. The car is a result of 10 years of research and development programs conducted by GM. 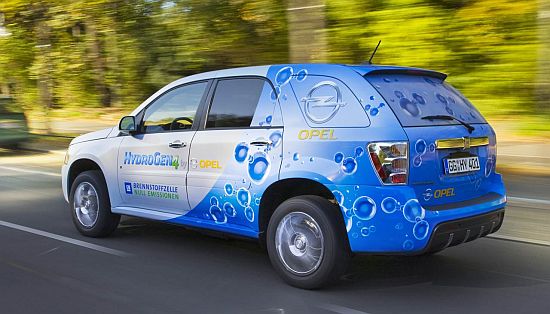 The HydroGen4 uses 440 single hydrogen cells that combine hydrogen from its carbon fiber storage tanks and oxygen from the atmosphere to produce electricity, which then propels the car to a top speed of 100 mph. The car is able to go from standstill to 62 mph in just 12 seconds. The car uses carbon fiber tanks for 4.2 kg of onboard hydrogen at 700 bars, which is enough for a drive of about 200 miles. As a backup, the car is also fitted with a 1.8 KWh buffer battery that recharges from a regenerative braking system. GM claims that the car can start at below zero temperatures and has been designed keeping safety and comfort in mind. 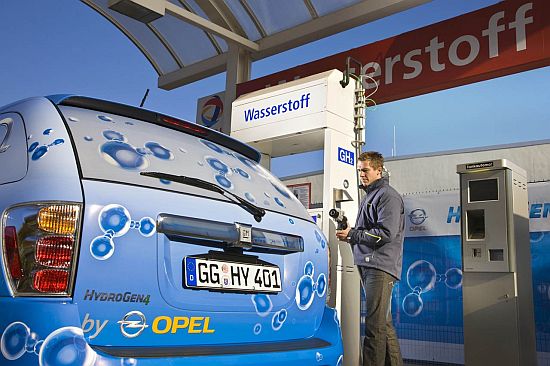