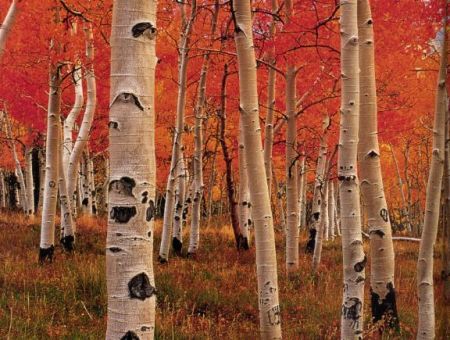 With the world constantly fighting with problems caused by global warming, in it becomes absolutely necessary that we not only reduce the carbon emissions that are being released by human activity, but one must also ensure that we try & reduce the existing levels of Carbon Dioxide as much as possible. Hence, we need to not only find innovative ways to reduce the content of greenhouse gases in the air, but we must also stick to the best way possible as much as we can. The best way possible to reduce Carbon content in air is by encouraging the growth of greenery. Trees & plants offer the simple & the best way forward.

With growing industrialization & world population growing at an exponential rate, it almost becomes impossible for the world to keep its hands off the forest land. Large area is being cleared, both to find land for shelter & resources for utilization. In these ever altering times, one man has come up with a concept that is not only eco-friendly & simple in a very obvious, visible way, but has a deep philosophical implication to it.

Greg Blonder has come up with a unique idea, where he has chosen a strip of land called TiWalkMe Escapement & tress will be planted on this strip. So what is so new with that? Well, Blonder wishes to plant trees on the strip in a fashion that would be unique & form a “Green Clock” or a “green step”. Each year he intends to plant a certain number of trees on the strip in such a way that they form a crescendo pf sorts with time. The trees will raise & fall in a pattern that should most likely replicate a “Mexican Wave”. At least that is what I imagine for now.

Now what is so philosophical about it? Well, a lot if you think about it. It not only spans a time that is too vast in comparison with human life, but also reminds each generation about what its preceding generation has done for it. It is a reminder that we exist here as one human race & that individual sacrifices are to be made for greater good. While the project sounds fascinating, I doubt if it has both the economic & social backing. But one thing there is no doubt about & that is the fact that I won’t live to see the end of this green project & upload its photo for you right here.

So I leave this article as a proof to the reporter who most likely will write an article about its success in 3007 & wish to tell him “Young man, you are just finishing my article. So please maintain some standard & style with your work & don’t let me down…”